Comments plugins exist to convert your site’s comments section from a headache to one of your most valuable assets.

In order to ensure that you’re getting the most out of your comments section, seek help from the best comments plugins for WordPress.

Jetpack works a bit differently than many of the other comments plugins on this list. That’s because it’s not really a standalone plugin at all. It’s more of an expansion of the comment features already available in WordPress.

Essentially, Jetpack’s comments plugin is designed to address some of the more glaring problems with native WordPress comments. Its fast, it makes the process of commenting much smoother overall, and it offers you greater administrative control over your comment sections. Because it’s basically still WordPress, though, you still get the familiarity and support of native WP comments.

This is a fine option for those looking for a simple solution, but you may want to still check out some of the comments plugins alternatives.

Disqus remains one of the most popular comments plugins available for WordPress. That being said, some fairly recent controversies may make you think twice about just installing it.

The good news about Disqus is that it’s fast, reliable, and offers expanded user profile and tracking systems. It feels like a complete comment system you may have designed specifically for your site. Unfortunately, Disqus requires users to log-in to the Disqus system before leaving comments. It’s also suffered from some security and privacy problems in the past.

The popularity and functionality of Disqus still make it worthy of consideration. That said, be sure you know exactly what you’re getting from this plugin.

Think of wpDiscuz as something of an alternative to Disqus. Actually, in some cases, you should probably think of it as a better Disqus.

The biggest feature this plugin borrows from Disqus is its expanded user profile possibilities. Users are able to easily access old comments, their comment history, and more through this system. They can even reply to comments from their registered e-mail. All of these things make it that much easier to incentivize them to engage via your website.

One possible downside is that wpDiscuz certainly doesn’t look as good as competing comments plugins. That said, its range of features and lack of policy baggage may more than make up for that shortcoming.

An ideal comments section is one where users feel encouraged to return and create a community. Sadly, a variety of practical problems make achieving that goal surprisingly difficult.

While such email blasts can be annoying, Replyable does its best to make sure that users don’t receive too many emails. As such, it’s easy to recommend this as a tool to help increase user engagement and comment activities.

Thrive Comments is one of the few premium comments plugins that we’d gladly recommend despite so many free alternatives.

Why? Well, Thrive essentially converts native WordPress comments into something that’s a little closer to a full-on forum. Users can upvote comments, easily follow each other, and actually have more organic conversations. It even makes it easy for users to share comments via social media.

We understand that the up-front payment is a big ask, but this really is one of the best comments plugins that we’ve seen yet.

One of the more notable concerns regarding Disqus involves that service’s problems with privacy. Disqus hosts user comments on its end and hasn’t always been the most secure comments system out there.

ReplyBox addresses that issue quite elegantly. It functions similar to Disqus in many respects, but it allows you to easily import comment data if you decide to abandon it for another service. ReplyBox’s developers also value and emphasize privacy in a way that the Disqus team hasn’t always excelled at.

It may lack Disqus’ user base and certain finer features, but this really is one of the best alternatives to that service out there.

Even the best comments sections need some “cleaning up” from time to time. As you probably know, though, manually keeping comment sections organized can be a labor intensive process.

GraphComment helps reduce the amount of manual labor needed to optimize your comment section’s functionality. By smartly grouping comments into conversation threads, it promotes actual conversations and makes it easy for you and your site’s users to keep track of threads.

While this plugin represents a pretty intense overhaul of typical comments plugins systems, you may find that the final result is worth getting used to.

In the minds of many, social media platforms have replaced comments sections. The popular thought is that many people would prefer to go to their existing social media accounts and comment there.

Super Socializer acknowledges and embraces that trend. It not only allows users to easily share comments via their preferred social media platform, but it lets them log-in via those platforms as well. It’s also a generally light plugin that is great for those concerned with their site’s response time.

Super Socializer does an incredible job of using social media (competition) to its advantage. Definitely give it a look if you’re ready to start embracing modern trends.

No website operator loves to moderate all the comments on their site. It’s an unfortunate necessity that only grows more annoying as your website grows. It’s why many people choose to eventually hire moderators.

Askimet allows owners of smaller and midrange websites to enjoy the benefits of automated moderation. This plugin helps automatically reduce spam comments that plague so many comment sections. While it won’t get rid of every comment you don’t want, it will help you spend less time chasing robots.

Akimet is considered by many to be a nearly essential plugin for moderation. Even its free version can be a tremendous help for site operators.

The idea of “rating’ comments has become increasingly popular in recent years. Websites like Reddit have practically been built around the idea of users upvoting and downvoting each others comments.

This plugin helps you to add simple voting functionality to your comments section. Not only do those votes keep your users more engaged, but votes can actually help filter out low effort and “troll” comments which may be ruining your overall comment section.

Some comments plugins have this feature built-in, but those which do not can certainly benefit from this plugin.

Obviously, most of the plugins that we recommend here are about encouraging and refining your comments section. Let’s be honest, though. There are times when you may want to end comments all-together.

For those times, you need the simply named Disable Comments plugin. This plugin lets you turn off WordPress comments whenever its relevant to do so. If the comments section is becoming unwieldy or if you publish an article that doesn’t benefit from feedback, this is the surest way to get the situation under control.

While you can use this plugin to disable comments altogether, we highly recommend limiting it to certain instances when comments are inappropriate or otherwise unwieldy. 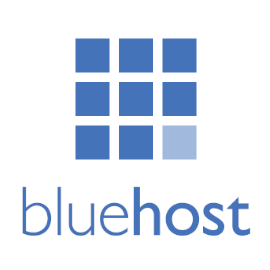